The consequences of the armed conflict in Syria spread far over its borders. In June 2014 the conflict spilled over to Iraq, where 3,2 million people are internally displaced. Many of those IDPs have found a temporary shelter in Kurdistan Region of Iraq (KRI). 250.000 Syrian refugees have also found a provisional home in this region, both in refugee camps as within host communities.

Despite the presence of the conflict, the economy in KRI remains functional. Therefore, the Red Cross and Red Crescent use an innovative tool to support refugee families in their daily needs: cash transfers.

What are cash transfers? In simple terms: it means cash money. Each of the affected families receive an unconditional transfer of 200 USD which they can spent according to their own preference. While some families will use this money to buy consumer goods such as food, clothes or building materials, others will chose to invest the money in starting up a small enterprise.

Cash transfers are becoming increasingly popular within humanitarian assistance. It’s estimated cash and vouchers together have risen from less than 1% in 2004 to around 6% of total humanitarian spending today. This also implies that the vast majority of humanitarian aid remains in-kind. Nevertheless, more and more humanitarian actors are convinced of the added-value cash transfers can have. ‘Why not cash?’ is the question that should every humanitarian project should ask.

The rationale behind cash transfers starts from the idea that beneficiaries themselves are best-placed to determine and respond to their own needs. In a context where people are fleeing from conflict (such as Syria and Iraq), cash transfers help to restore human dignity and return to some form of normalcy. Also, the provided cash immediately flows back to the local economy, which improves the relationship between refugees and host communities.

In financial terms, cash transfers are more efficient than in-kind assistance as the costs for procurement, transport and storage are significantly lower than in-kind. Once a well-functioning payment-system is installed, cash transfers can work with very few additional costs incurred. According to a four-country study that compared cash transfers and in-kind food aid, 18% more people could be assisted at no extra cost if everyone would receive cash instead of food. At present there are not enough financial resources to cover all humanitarian needs, making this an important argument.

The flexibility of cash transfers also benefits the effectiveness of humanitarian aid. Families affected by an emergency situation find themselves simultaneously confronted with many needs and do not always find the goods and services offered by humanitarian organizations the most appropriate response. 70% of the Syrian refugees in Iraq have reportedly sold or traded the in-kind aid they received in order to acquire the goods and services they needed more urgently. This shows that in complex situations, humanitarian organizations are often lacking real-time data on which needs are most pressing.

Moreover, other positive results of cash transfers often remain invisible since they are not noticed by the humanitarian organizations. In an emergency situation, affected families are often compelled to take drastic measures in order to survive: they stop sending their children to school, or sell their sowing seeds or young animals. Those negative coping mechanisms have as a result that families face an increasingly difficult road to recovery once the crisis is over. Cash transfers can ensure that victims do not have to take such drastic measures, making them more resilient for the future.

Even though the advantages are plentiful and important, there is also criticism. Critical voices state that cash transfers can easily be abused to buy economic “bads” such as alcohol or tobacco. However, there is currently no scientific proof for this statement. Monitoring reports of humanitarian organizations show that people spend cash sensibly. One striking example: during a scientific experiment in the West-African country Liberia, cash was given to drug addicts and alcoholics in the slumps of the capital Monrovia. Even these beneficiaries spent the money on food, clothes and health.

Nevertheless, the question whether or not to use cash, should be treated with caution. After all, every humanitarian situation is different. Choosing which option is best, cash or in-kind, highly depends on the availability of the most essential consumer goods on the local market. It is for instance accepted that when a food crisis occurs as a result of prolonged drought, and food cannot longer be found at reasonable prices locally, the in-kind delivery of food aid will be the most effective humanitarian option. Moreover, it goes without saying that vaccinating children or rebuilding solid houses can never be addressed by cash as a stand-alone intervention.

In KRI, where local markets are still working, cash transfers form an essential instrument in the work of the Red Cross and Red Crescent. With a 200.000 EUR contribution of the Flemish Government, Belgian Red Cross – Flanders can support 967 of the most vulnerable refugee and internally displaced families with a cash transfer.

A delegation of the Belgian Red Cross – Flanders visited on Saturday 9th of April the Galiwan refugee camp close to Erbil, the capital of KRI. The camp was built with the support of the Red Cross and residents are provided with modest concrete houses and access to sanitation and health facilities. 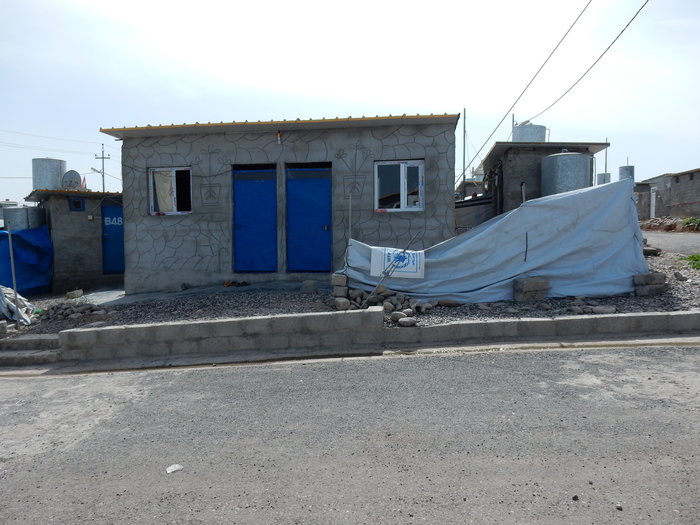 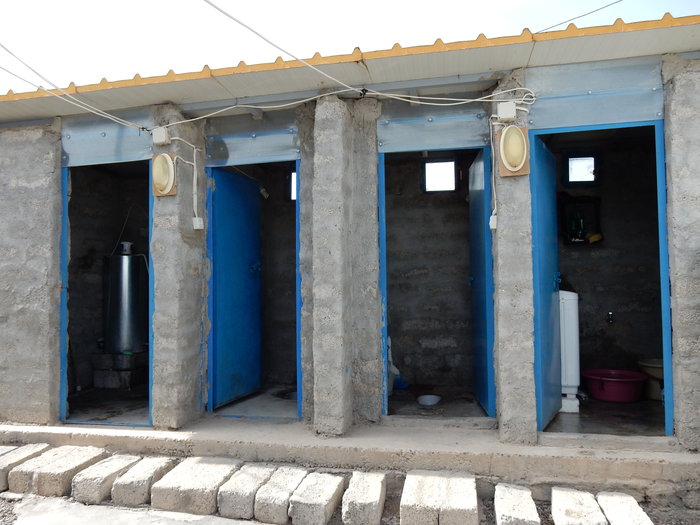 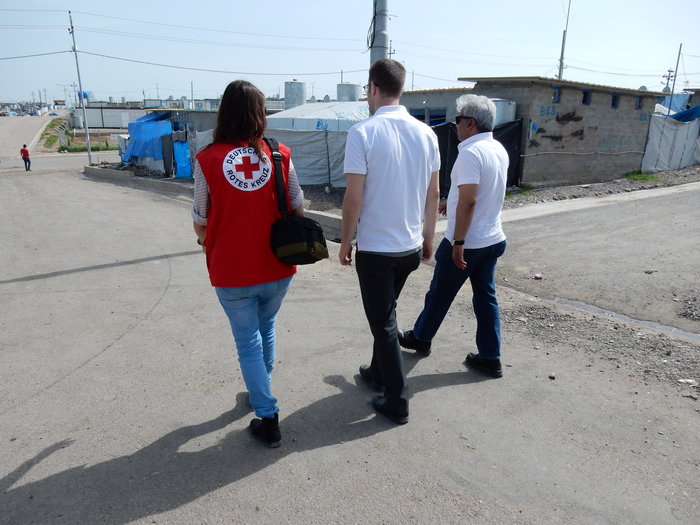 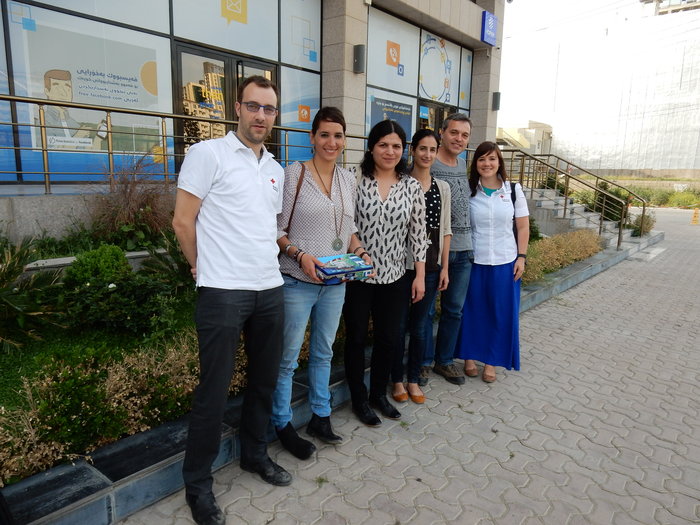 The websites of Red Cross-Flanders use cookies to help make your visit as smooth as possible. We install necessary and technical cookies to ensure the websites run properly. We also use analytical and advertising cookies to measure and improve the general use of the websites. Indicate below whether you agree to this cookie policy in order to continue.